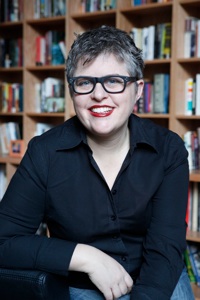 Cris Beam is an author and professor in New York City. She is the author of To the End of June: The Intimate Life of American Foster Care (Houghton Mifflin Harcourt 2013) and Transparent (Harcourt 2007), a nonfiction book that covers seven years in the lives of four transgender teenagers, which won the Lambda Literary Award and was a Stonewall Honor book. Her young adult novel, I am J, was released by Little, Brown in March 2011, and is the first book with a transgender character to be placed on the state of California’s recommended reading list for public high schools.