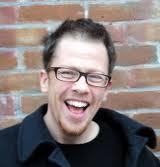 Paisley Currah is a professor of political science at Brooklyn College of the City University of New York. His current book project, The United States of Sex: Regulating Transgender looks at contradictions in state definitions of sex. He is co-editor of Corpus: An Interdisciplinary Reader on Bodies and Knowledge (Palgrave, 2011) and Transgender Rights (Minnesota, 2006). Recent articles include, “‘We Won’t Know Who You Are’: Contesting Sex Designations on New York City Birth Certificates,” co-authored with Lisa Jean Moore (Hypatia 2009) and “The Transgender Rights Imaginary,” in Feminist and Queer Legal Theory: Intimate Encounters, Uncomfortable Conversations (Ashgate Press 2009). He is a founder and board member of the Transgender Law and Policy Institute and served as the executive director of the Center for Lesbian Gay Studies from 2003-2007.