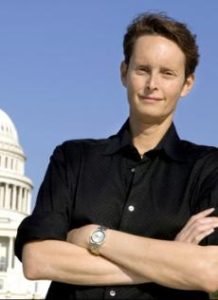 Riki Wilchins is the founding head of the Gender Public Advocacy Coalition (GenderPAC), the national gender rights organization, and Transexual Menace, a street action gorup. The author of “Read My Lips,” “GenderQueer,” and “Queer Theory/Gender Theory,” Riki’s work has been profile in The New York Times, and in 2001 TIME Magazine selected her as one of “100 Civic Innovators for the 21st Century.” Her new transgender stand-up comedy act, “The MANgina Monologues: A One Trans Show” is at www.onetransshow.com.