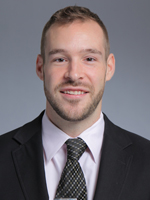 Aron Janssen, MD, is an Assistant Professor of Child and Adolescent Psychiatry and an Attending Physician at the NYU Child Study Center. Dr. Janssen’s areas of expertise include LGBT Mental Health, Gender Identity and Sexual Orientation Development, mood and anxiety disorders, consultation-liaison psychiatry, ADHD, and general psychopharmacology. He is the director of the NYU Gender and Sexuality Service, and is the assistant director of the Pediatric Consultation-Liaison Service. Dr. Janssen graduated Phi Beta Kappa with a BA in biochemistry from the University of Colorado at Boulder and received his MD from the University of Colorado. In medical school, he was awarded the Adler Scholarship, an honor given to two medical students that demonstrated academic excellence and service to their school and community. Prior to joining the CSC, he completed his general psychiatry residency at NYU/Bellevue. While in training, he founded the LGBT mental health program at Bellevue Hospital and continues to oversee its operation. Dr. Janssen is a member of the American Academy of Child and Adolescent Psychiatry, American Psychiatric Association, and World Professional Association for Transgender Health. In addition, Dr. Janssen has presented on LGBT issues in medicine at Regional and National Conferences for the American Association of Medical Colleges, on television and radio, and had his research presented at several academic psychiatric conferences. He is also the professor for an undergraduate course at the NYU College of Arts and Science as part of CAMS – Sex Matters: Identity, Behavior and Development.