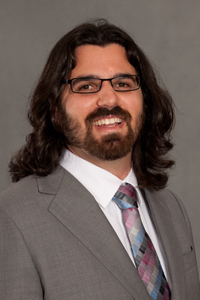 Asaf Orr joined the National Center for Lesbian Rights (NCLR) in February 2012 as a Staff Attorney and works on issues related to families and youth. Prior to joining NCLR, Asaf was a solo practitioner in Los Angeles where he represented students in education-related matters including special education, discrimination, constitutional rights and discipline. Asaf began his legal career as a Staff Attorney and Tom Steel Fellow at a non-profit legal services organization, where he directed the Rainbow Rights Project, a project that represents youth in education-related matters who are denied their right to an education on the basis of their sexual orientation or gender identity. In addition to his work on the Rainbow Rights Project, Asaf also represented students with disabilities in special education matters before the Office of Administrative Hearings and federal court. In addition to representing parents of children, Asaf also provided trainings to students, parents, educators, health care providers, and lawyers on special education issues and the rights of LGBTQ youth in schools. He has provided those trainings in California and around the country. After graduating magna cum laude from Rutgers School of Law in Newark in 2008, Asaf clerked for The Honorable Virginia A. Long on the Supreme Court of New Jersey.