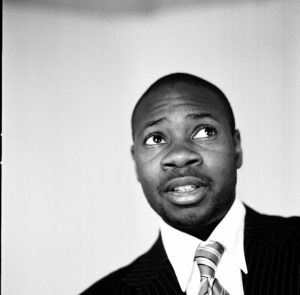 Imani Keith Henry, MSW, MPA, is an Activist, Diversity Trainer, Writer, and Performer. Since 1993, Imani Henry has been a Staff Organizer at The International Action Center (IAC) working nationally on social justice issues impacting communities of color, women, migrant workers and lesbian, gay, bi, trans and queer peoples. He was also a program coordinator of TransJustice, the 1st political group of NYC created by and for Trans and Gender Non-Conforming people of color. A long-time AIDS and Harm Reduction activist, Imani has worked as a social service worker and administrator in the cities of New York and Boston since 1992. As a playwright, performer Imani toured with his multimedia theatre performance, B4T (before testosterone), at colleges, conferences and venues across the US, Canada and Europe from 2002-2007. His writing has appeared in several publications including Does Your Mama Know (Red Bone Press), Voices Rising: Celebrating 20 years of Black LGBT Writing (Other Countries) and Marxism, Reparations and the Black Freedom Struggle, (World View Forum Publishing)). Since 1993, Imani has been a journalist for the progressive weekly Workers World Newspaper. Currently Imani is runs a diversity-focused organizational development practice – OD for the People and has launched a documentary art project on the gentrification of Brooklyn, NY :BEFORE IT’S GONE, TAKE IT BACK: Documenting Brooklyn – Fighting Gentrification.