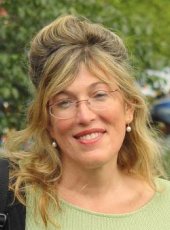 Dr. Marci Bowers, M.D., of San Mateo, Calif., is viewed as a pioneer in the field of gender reassignment surgery and is the first prominent transgender woman to perform the surgery. After practicing in Trinidad, Colo., where she was the subject of a WE tv series entitled Sex Change Hospital, she recently relocated to San Mateo, Calif. She is a frequent media commentator on transgender issues, having appeared on The Oprah Winfrey Show, The Tyra Banks Show and as the subject of a Discovery Health documentary entitled Transgender M.D.. She has also served as an occasional consultant for CSI: Crime Scene Investigation and had a small cameo appearance for the show’s 100th episode which featured a transgender victim. She was voted as one of America’s Best Doctors for 2002-2003 and was recently elected to the European Academy of Sciences.